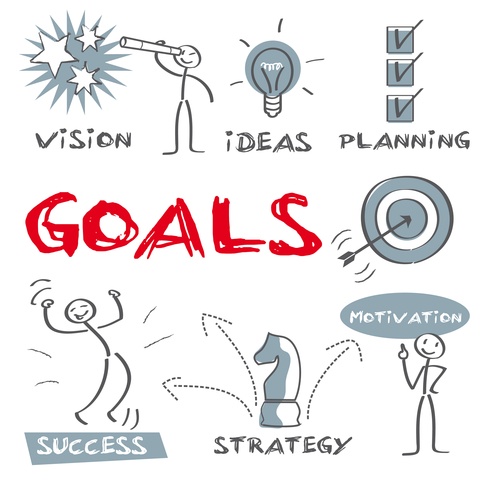 How did it get to be June already? Seriously, where did the year go? To me at least, it doesn’t seem like we should be at the halfway point of 2017 already.

But believe it or not, here we are. And with half a year already behind us, it’s a good time to figure out if you’re on track to meet whatever goals you set for the year. At the beginning of the year, we shared a number of articles on how to figure out what your goals should be, how to use technology to achieve those goals and how to stick to the goals you make. It’s time to face the music and see whether or not your pharmacy is on track.  Answering these questions can help you figure out where your pharmacy is, and what might need to change to get you where you want to go.

Do the goals you made still make sense?  If you made a personal resolution to run a marathon in 2017, but then blew out a knee halfway through training, that resolution probably wouldn’t make sense anymore. Or if you had aimed to run a 5K, but were regularly surpassing that distance by March, you’d need to adjust and set your sights further. The same goes for your pharmacy business. This halfway point is a great time to assess whether the goals you made at the beginning of the year still make sense to pursue. Did you set your sights too far or find that something was going to be easier than you thought? Or did something major change in your pharmacy, meaning you have to approach everything from a completely new direction? It’s okay to re-adjust where you’re headed.

Are you keeping the right pace to meet your goals? No matter if you reassess and realign your goals or stick with the ones you set at the beginning of the year, you need to figure out if the pace you’re at will get you there. Is the degree of change enough? This is where reports in your pharmacy POS system will come in handy, as they will provide the best indication of how things stand from a numbers and sales perspective.

What’s going to prevent you from staying on track? When on the path to improve, it’s not out of the ordinary to hit plateaus. A seeming brick wall that won’t let you get any further than you are now. At least not with the way you’re doing things now. By this time in the year you may well have encountered obstacles that you need to work through. Think about what’s keeping you from moving forward and what might pop up as you begin the second half of the year.  If you’re going to need to invest in tools to move forward, now is a great time to do so.

Meeting goals and accomplishing change in your pharmacy requires a lot of work. Sometimes you have to be flexible in those goals as things change over time. Just make sure you’re actively monitoring your pharmacy’s progress so that in another 6 months you’ll know you did everything you could to stick to your resolutions and be ready to move on to the next big thing.